Multiple award-winning chef Matthew Gordon began his chef’s training at the Johannesburg Hotel School and went on to do further stints in London, Vancouver and Tokyo. His food is classically inspired but modern in concept. He has been guest chef at The Rice hotel in Houston and had the honour of being the first South African chef to be invited to cook at the prestigious James Beard House in New York. During his 34 years in the industry he has headed up restaurant kitchens at the Sandton Sun, Mount Nelson and Bay Hotels in Cape Town as well as owning five of his own restaurants. Matthew was only 24 when he opened his first restaurant ‘Le Ballon Rouge’ in Franschhoek. In 1995, the Gordon family opened Haute Cabriere Cellar Restaurant high up on the Franschhoek Pass, which they owned and operated for 16 years. The restaurant received top 10 status and many other awards during his tenure. Matthew has trained a generation of young chefs, some of whom now head up their own top 10 restaurants in the country. He spends time away from work with his wife Nicky and daughters Emma and Kate or piloting helicopters, aeroplanes and drones. He is also an avid mountain biker and plays drums for local Franschhoek band, ‘Uncorked’. 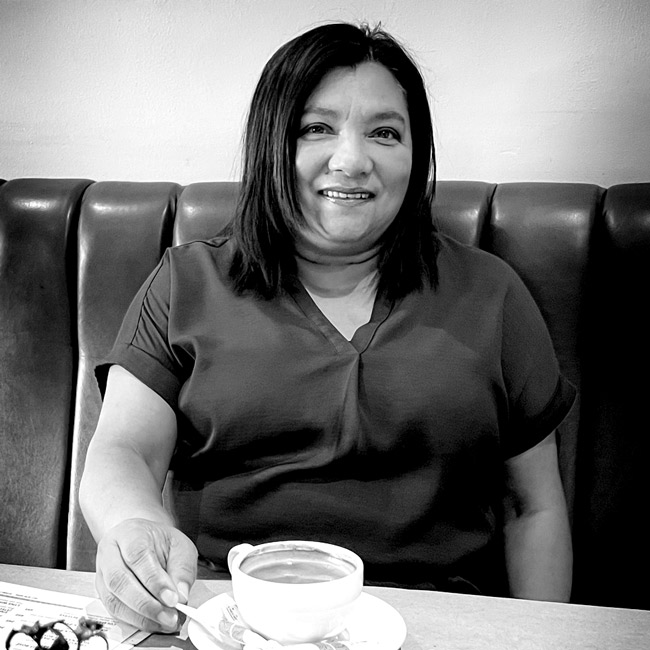 Jaen is a true Franschhoek local. She grew up in the village and finished her studies in Paarl. Jaen took up a position in the hospitality business straight after finishing school. She worked at the acclaimed Grande Roche Hotel and then moved back to Franschhoek and took up a position at the Excelsior Hotel. Jaen gained a vast knowledge of the hospitality industry while working in these hotels. She completed several courses while at the hotels and gained a vast knowledge of food and beverage, banqueting and conferences. Jaen left the hotel industry to take up a waitering position at the world renowned Le Quartier Francais.  It was here that she learned to love the energy of restaurants and being able to engage with guests from all over the world. In 2002, just a week after it opened, Jaen took up a waitering position at French Connection Bistro. The rest, as they say, is history! Through her hard work and professionalism, Jaen was soon promoted to restaurant supervisor, thereafter restaurant manager and in 2021 took up the position of General Manager. Jaen enjoys a love of cooking and is particularly inspired by French cuisine as well as Asian inspired food. When she’s not busy at the restaurant she loves spending time with her son and daughter at home in Franschhoek. 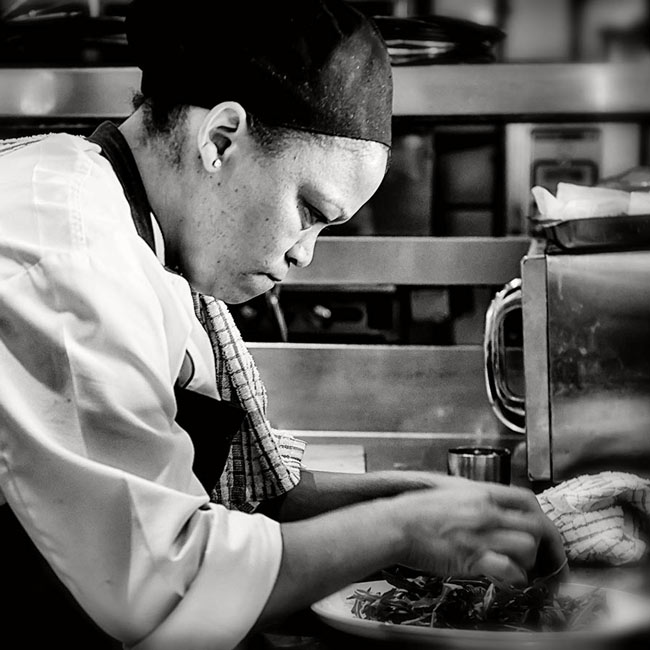 Shirene was born in nearby Swellendam and moved to Franschhoek at the age of three. She started working with Matthew more than 20 years ago as a dishwasher at Haute Cabriere Restaurant. Through hard work and determination she was selected to go on a three year chefs course and was rapidly promoted up the ranks all the way to Head Chef. She followed Matthew to Laborie in Paarl as Head Chef, where she headed up multiple food operations on the wine estate. Matthew was thrilled to finally be able to persuade Shirene to move back into the fold in 2017. She was appointed Head Chef at French Connection in October 2017 to put her unique stamp on the Bistro and to take it forward. Her eye for detail,  passion for her craft and her imaginative and delicious daily specials are what makes her shine. Shirene spends her spare time with her two daughters.

We wish to assure you that we follow lawful Covid protocol and regulations. We are guided, trained and endorsed by GuestAssured, a Health and Safety registered company, specialising in hospitality.